Mary Rose crew 'was from Mediterranean and North Africa' 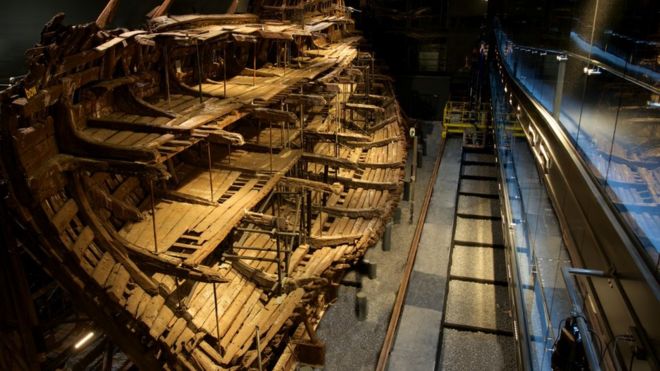 The Mary Rose Museum in Portsmouth's Historic Dockyard houses a cross section of the ship's hull as well as thousands of artefacts, including weapons and jewellery
STEPHEN FOOTE

The crew on board the sunken Henry VIII ship the Mary Rose was from the Mediterranean, North Africa and beyond, researchers have found.

Bone structure and DNA of 10 skeletons found on board were analysed by team at Cardiff and Portsmouth universities.

They said four of the skeletons were of southern European heritage, and one seems to have hailed from Morocco or Algeria.

The findings cast fresh light on the ethnic makeup of Tudor Britain.
The Mary Rose sank in 1545 in the Solent during a naval battle with the French, with the loss of between 400 and 600 lives.

Archaeologists discovered a flintstone workshop of Neanderthals in the southern Poland; it is approx. 60,000 years old 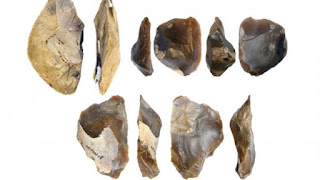 Researchers discovered a flint workshop of Neanderthals in Pietraszyno (Silesia). According to scientists, it is the first such large workshop in Central Europe that was not located in a cave. So far, researchers have counted 17,000 stone products created 60 thousand years ago.

Neandertals (Homo neanderthalensis) were very close relatives of contemporary man (Homo sapiens). They probably appeared in Poland approximately 300,000 years ago. The oldest stone tools they used, discovered on the Vistula, are over 200,000 years old, and the remains are over 100,000 years old.

"On the bank of the river in Pietraszyno, we discovered an unprecedented amount of flint products - 17,000 - abandoned by Neanderthals approximately 60,000 years ago" - says Dr. Andrzej Wiśniewski from the Institute of Archaeology, University of Wrocław. Since 2018, the researcher has been conducting joint excavations with researchers from the Max Planck Institute for Evolutionary Anthropology in Leipzig in the framework of a National Science Centre project. In his opinion, this is the first such large Neandertal workshop discovered in Central Europe that was not located in a cave.

Don't like the F-word? Blame farmers and soft food. When humans switched to processed foods after the spread of agriculture, they put less wear and tear on their teeth. That changed the growth of their jaws, giving adults the overbites normal in children. Within a few thousand years, those slight overbites made it easy for people in farming cultures to fire off sounds like "f" and "v," opening a world of new words.

The newly favored consonants, known as labiodentals, helped spur the diversification of languages in Europe and Asia at least 4000 years ago; they led to such changes as the replacement of the Proto-Indo-European patēr to Old English faeder about 1500 years ago, according to linguist and senior author Balthasar Bickel at the University of Zurich in Switzerland. The paper shows "that a cultural shift can change our biology in such a way that it affects our language," says evolutionary morphologist Noreen Von Cramon-Taubadel of the University at Buffalo, part of the State University of New York system, who was not part of the study.

Artificial intelligence for the study of sites 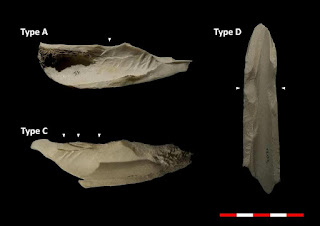 Three examples of the different types of notches
[Credit: A. Moclán]

An experimental study led by researcher Abel Moclán, from the Centro Nacional de Investigación sobre la Evolución Humana (CENIEH), has just been published in the Archaeological and Anthropological Sciences journal, which proposes a new method to understand how the faunal assemblages were generated in archaeological sites, and how they could have interacted with groups of humans and carnivores in the places they occupied.

This new method involves the use of artificial intelligence and machine learning algorithms to decipher whether faunal assemblages were generated by hominids or carnivores, specifically hyenas and/or wolves. "Thanks to this method, we can discern among the acting agents with a certainty of over 95%," says Abel Moclán.

To carry out this study, bone fractures have been analyzed in order to interpret whether they were fractured by human groups to consume the bone marrow, or if, on the contrary, the carnivores fractured the bones when trying to access this same resource. 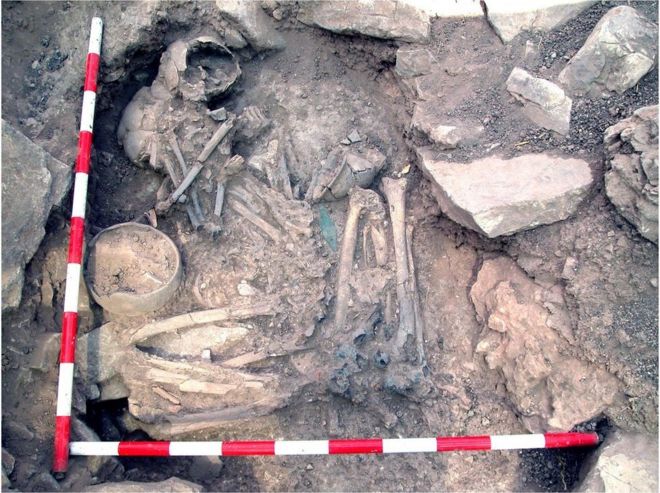 A migration from Central Europe transformed the genetic make-up of people in Spain during the Bronze Age, a study reveals.

DNA evidence shows the migrants streamed over the Pyrenees, replacing existing male lineages across the region within a space of 400 years.

It remains unclear whether violence played a role or whether a male-centric social structure was more important.

The result comes from the most extensive study of its kind.

Researchers reconstructed the population history of Iberia (modern Spain, Portugal, Gibraltar and Andorra) over 8,000 years - the biggest slice of time tackled by a single ancient DNA study. The region has been a crossroads for different cultures over time. 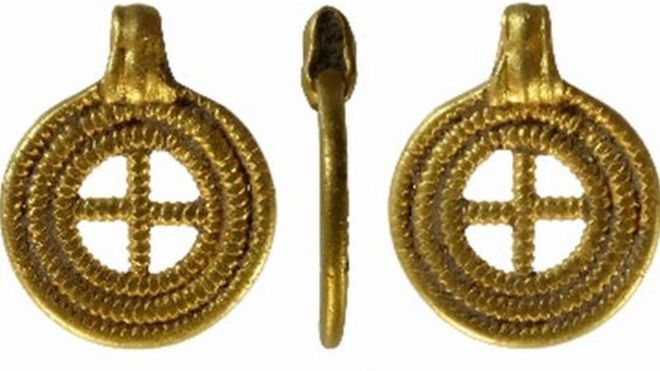 The gold pendant would have belonged to a "high status woman", like the famous Winfarthing Pendant
COURTESY OF THE PORTABLE ANTIQUITIES SCHEME

An Anglo-Saxon gold pendant, found near a site where a similar item worth £145,000 was dug up, probably belonged to a woman of "high social status".

The Winfarthing Pendant was found in 2014 near Diss in Norfolk.

The latest pendant, with a central cross motif, was found in 2017 and it has been declared treasure.

Julie Shoemark, Norfolk's finds liaison officer, said it made a "valuable contribution to our understanding of Saxon society".

Hominids may have hunted rabbits as far back as 400,000 years ago

BUNNY TRAIL  Fossils from southern European sites indicate that ancient relatives of humans hunted small, fast animals as early as around 400,000 years ago. Ends of rabbit bones (shown) were probably snapped off to remove marrow.

Now-extinct members of the human genus, Homo, hunted rabbits and, to a lesser extent, hares in southern France and probably other Mediterranean parts of Europe by around 400,000 years ago, researchers report online March 6 in Science Advances. Hunters also bagged larger creatures such as wild goats and deer. The new finding may highlight the flexibility and innovativeness of these ancient relatives of humans.

That dietary shift to smaller animals away from eating primarily large game emerged long before a previously recognized change in ancient humans’ eating habits, concludes a team led by paleoanthropologist Eugène Morin of Trent University in Peterborough, Canada. In the later transition, Stone Age people dramatically broadened what they ate, including a wide variety of small animals, starting around 36,000 years ago. 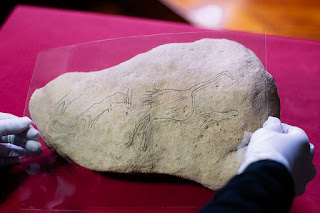 A tracing of the engraved figures over the stone [Credit: University of Barcelona]

It is not very common to find representations of scenes instead of individual figures in Palaeolithic art, but it is even harder for these figures to be birds instead of mammals such as goats, deer or horses. So far, historians have only found three scenes of Palaeolithic art featuring humans and birds in Europe.

Now, an article published in the journal L'Anthropologie tells how University of Barcelona researchers found -in the site of Hort de la Bequera (Margalef de Montsant, Priorat)-, an artistic piece from 12,500 years ago in which humans and birds try to interact in a pictorial scene with exceptional traits: figures seem to star a narration on hunting and motherhood.

Regarding the Catalan context in particular, this is an important finding regarding the few pieces of Palaeolithic art in Catalonia and it places this territory within the stream of artistic production of the upper Palaeolithic in the Mediterranean. 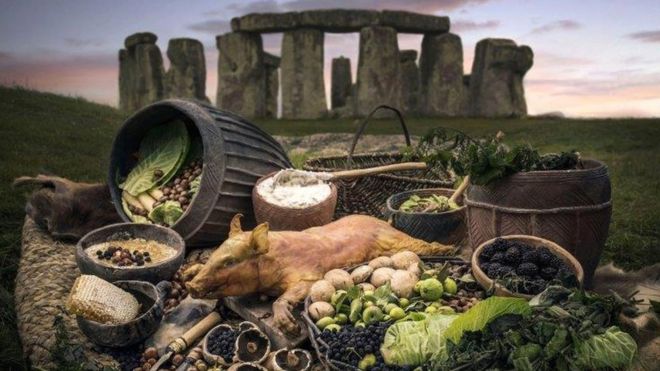 Evidence of large-scale prehistoric feasting rituals found at Stonehenge could be the earliest mass celebrations in Britain, say archaeologists.

The sites, which served Stonehenge and Avebury, hosted the feasts.

Researchers think guests had to bring meat raised locally to them, resulting in pigs arriving from distant places. 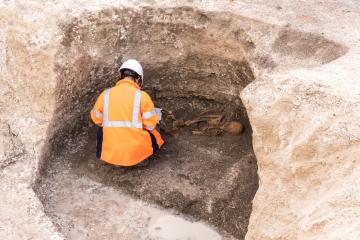 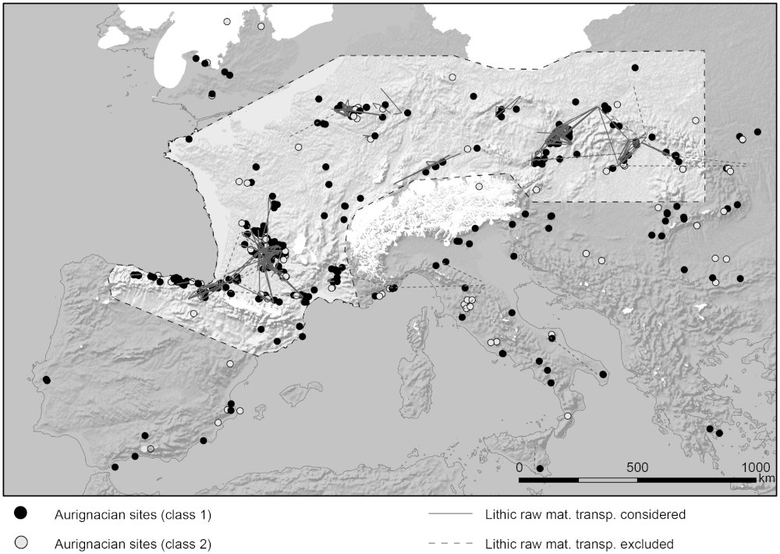 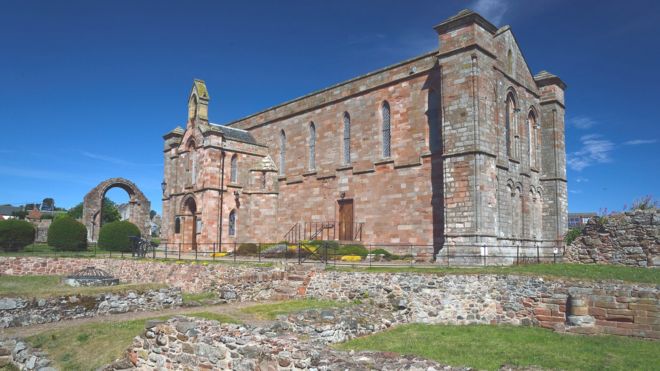 Archaeologists believe they have found remains of the long-lost home of a 7th Century princess in the Borders.

A monastery was founded near the village of Coldingham by Princess Æbbe nearly 1,400 years ago.

It was destroyed by Viking raiders in the 9th Century and previous attempts to pinpoint its location have failed.

However, excavations led by DigVentures have found traces of a large, narrow ditch which they believe was the boundary of the religious settlement.

'Hobbit' human story gets a twist, thanks to thousands of rat bones 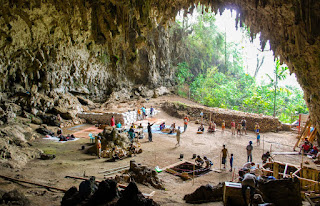 The limestone cave of Liang Bua, on the Indonesian island of Flores, is widely known as the hobbit cave, the site where the surprisingly tiny and enormously controversial extinct human relative Homo floresiensis was discovered. But to the scientists who excavate there, the site is known as something else entirely: the rat cave.
“The first time I went to the excavations at Liang Bua, I remember watching the bones coming out of the ground and being amazed at how it was almost all rat,” recalls Matthew Tocheri, the Canada Research Chair in Human Origins at Lakehead University.
Read the rest of this article...
Posted by David Beard MA, FSA, FSA Scot at 4:57 pm